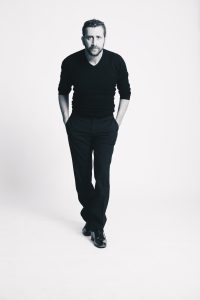 Daniele Monterosi is an Italian actor.

Graduated at the Centro Sperimentale di Cinematografia, national school of Cinema, he works in cinematographic’s, theatrical’s and television’s productions, in national and international projects collaborating – among others – with directors such as Michele Placido, Paolo Genovese, Marco Pontecorvo, Claudio Cupellini, Ivan Cotroneo, Robert Dornhelm, Jeoffrey Barish. Is in the cast of “House of Gucci” directed by Ridley Scott.

As acting trainer he leeds workshop in Italy and abroad and created a gym in Rome for professional actors (www.estadtraining.co)

This website uses cookies to improve your experience while you navigate through the website. Out of these, the cookies that are categorized as necessary are stored on your browser as they are essential for the working of basic functionalities of the website. We also use third-party cookies that help us analyze and understand how you use this website. These cookies will be stored in your browser only with your consent. You also have the option to opt-out of these cookies. But opting out of some of these cookies may affect your browsing experience.
Necessary Sempre abilitato

Any cookies that may not be particularly necessary for the website to function and is used specifically to collect user personal data via analytics, ads, other embedded contents are termed as non-necessary cookies. It is mandatory to procure user consent prior to running these cookies on your website.